Who Was Boudica? | Boudica Sulfate-Free Shampoo

An Ancient Queen Of Legendary Hair

Boudica® was an ancient queen of the British Iceni Tribe, who lived around 60 CE. A Druid Priestess, Queen Boudica had legendary hair and would have had an intense love and connection to nature. Having decided to name our UK-produced brand in her honor, we created a healthy, natural hair range that had to also be worthy of her name.

Being a woman, Boudica’s royal rank was disregarded by the occupying Romans of that era. Unbowed by the greatest military force the world had ever known, Boudica exacted a high price upon the invaders. She rallied her people and won several important battles. Although Boudica ultimately succumbed to superior forces, her actions gained the respect of the Romans and ultimately steered a course towards independence. Her predictions that her people would rise from the ashes were astonishingly far-sighted.

Largely forgotten for 1,400 years, Boudica’s legend and history were revived in the 19th century Victorian era. It is interesting to note that since the people of the British Isles of the time rarely kept historical records, all of Boudica’s history was obtained through Roman writings. Therefore, the records probably do not do her justice. Nevertheless, Boudica’s name resonates throughout the ages and indeed throughout the world as a powerful symbol for those who crave freedom.

Today, we are proud to offer you freedom from harsh chemicals such as sulphates, harsh salts, glycol, formaldehyde, parabens, artificial colours and fragrances, phenoxyethanol, EDTA and others that could have a detrimental effect on people or on the environment. Instead we offer some of the healthiest ingredients such as organic aromatherapy oils, rosemary leaf extract, organic avocado oil, organic grapeseed oil and wheat and rice proteins. 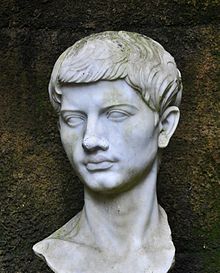 Nulla dies umquam memori vos eximet aevo. No day shall erase you from the memory of time.

Virgil, The Greatest of Roman Poets

We use cookies on our website to give you the most relevant experience by remembering your preferences and repeat visits. By clicking “Accept”, you consent to the use of ALL the cookies.
Cookie settingsACCEPT
Manage consent

This website uses cookies to improve your experience while you navigate through the website. Out of these, the cookies that are categorized as necessary are stored on your browser as they are essential for the working of basic functionalities of the website. We also use third-party cookies that help us analyze and understand how you use this website. These cookies will be stored in your browser only with your consent. You also have the option to opt-out of these cookies. But opting out of some of these cookies may affect your browsing experience.
Necessary Always Enabled
Necessary cookies are absolutely essential for the website to function properly. This category only includes cookies that ensures basic functionalities and security features of the website. These cookies do not store any personal information.
Non-necessary
Any cookies that may not be particularly necessary for the website to function and is used specifically to collect user personal data via analytics, ads, other embedded contents are termed as non-necessary cookies. It is mandatory to procure user consent prior to running these cookies on your website.
SAVE & ACCEPT